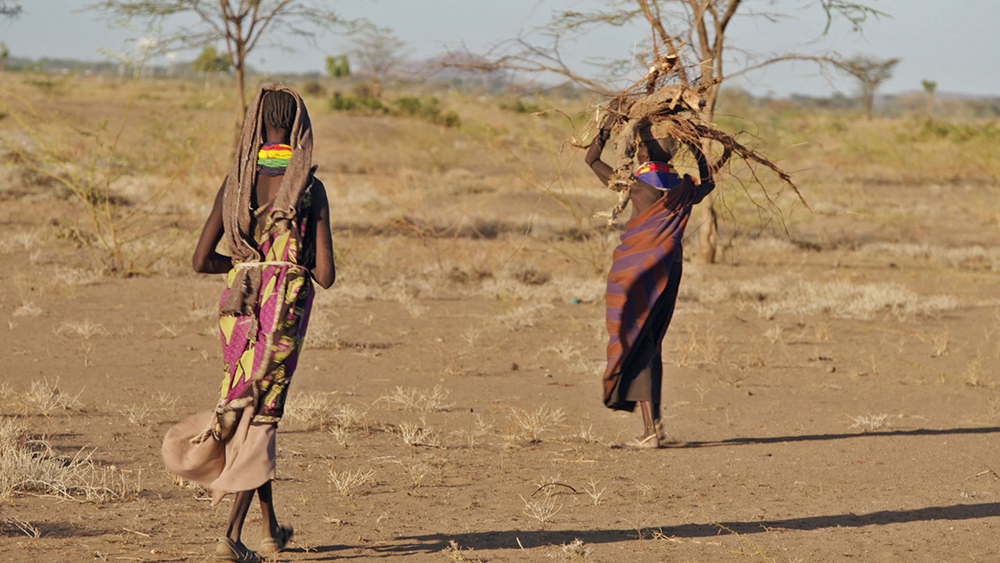 The face of tomorrow

We’ve seen a shift in Kenya, it’s an awareness that is slowly but surely growing, something we cannot run away from.

Millions of young people are mobilizing globally to demand greater action on climate change. In developing and developed countries, young people are using the internet and organizing across continents like no generation before them.

Unified in their demands for an end to fossil fuels, they are striking from school and taking to the streets, demanding change.

In  2019, a global strike for climate change saw masses of young people fill the streets on every continent for a day of global climate protests. The turnout, four million in thousands of cities and towns worldwide, was the first time children and young people had demonstrated for climate action in so many places, in such numbers around the world.

Informed by recent scientific reports that we have around a decade to halve our global greenhouse gas emissions, they are driving home the connection between climate change and social injustice, economic inequality and human rights. They are driven by the understanding that the action or inaction of leaders in the next decade could determine life and livelihoods for generations to come.

Why the focus on youth?
The 2019 Rural Development Report recognises climate change as a youth issue. Most countries in which the youth account for a sizable share of the population also depend heavily on agriculture – a sector that is highly exposed to climate change. Climate change dynamics affect rural youth livelihoods and the sectors in which they will be looking for employment opportunities.

‘Young Kenya, the face of tomorrow’, is a six part series, meeting tomorrow’s young leaders.  We travelled through Kenya to meet young Kenyans and find out what they care most about, what their hopes and dreams are for the future.

Lawrence Baraka is a young creative who taught himself to sew with youtube videos, Racheal believes in the power of communication and wants to become a voice from the rural communities, Danson is working at becoming a Kenyan computer wizard, Sarah travelled far North to be inspired by sustainability, Somalian student Abdikader is determined to be a doctor, and 16 year old Michelle has a clear vision for her future.

In this episode, we explore their thoughts on the Green Shift.

On 20 October, Kenya celebrates Mashujaa Day, traditionally set aside to celebrate heroes who fought for the country’s independence and today also to recognize individuals who fight for the environment. Kenyan innovators and entrepreneurs are pioneering solutions to beat climate change.

We’ve seen a lot of discussion going around it, we now know about the Green Economy, the other day we had a conference on the Blue Economy, it is a truth that we cannot escape from

Following on the heels of the green economy, is the emergence of the blue economy, and in 2018, Kenya hosted the first global conference on the sustainable blue economy with a focus on creating economic growth, ensuring healthy waters and building safe communities.

In Kenya now it’s green everywhere. Deforestation can cause the dry season because after cutting down the trees the place will be dry, actually very dry.

Each year, 12 million hectares of forest are destroyed globally. Deforestation,agriculture and other land use changes, causes around 25 % of global greenhouse gas emissions and threatens forest dwelling communities.

In Kenya, deforestation has caused longer dry seasons and many young people support tree-planting, which is essential to attract more rainfall to the region, protect agriculture, agricultural communities and food security.

Solar energy, biogas, using biogas in our homes, the stopping of cutting trees, if we reduce that then I believe we can really do something with our country but we have to go green.

In April 2014, Kenya connected its first solar project to its grid at Strathmore University in Nairobi.  Small at 600 kilowatts, it produced exciting headlines in the news. The largest source of electricity in Kenya is geothermal and the Lake Turkana Wind Farm is the largest wind farm in Africa.  In November 2018, Kenya commissioned its first commercial-scale solar power plant, the 54.6 MW Garissa Solar Power Plant. The largest in East and Central Africa, it will sell its electricity to Kenya Power, the major distributor of electricity in Kenya.

The youth now are the ones spreading awareness of planting trees, because in the past people used to cut trees and had no one to stop them, they thought that this thing is natural, it cannot end.

We need to take steps to make moves that are not only just bringing about economic growth but are they also looking into the future? How sustainable is what we’re about to do, is it just about the current people or are we looking into future generations? The rivers, we have so, so, so many natural resources back home but are we utilising them in the best way, protecting them, what value have we placed on them? Are we going to say cut this tree and bring up a skyscraper or are we going to say no, no no, plant more trees?

Produced, scripted, filmed and edited by Natalie and Mikkel Becker-Aakervik from Thought Leader Global Media in collaboration with Bistandsaktuelt and Turkish Airlines.

YOUNG KENYA THE FACE OF TOMORROW