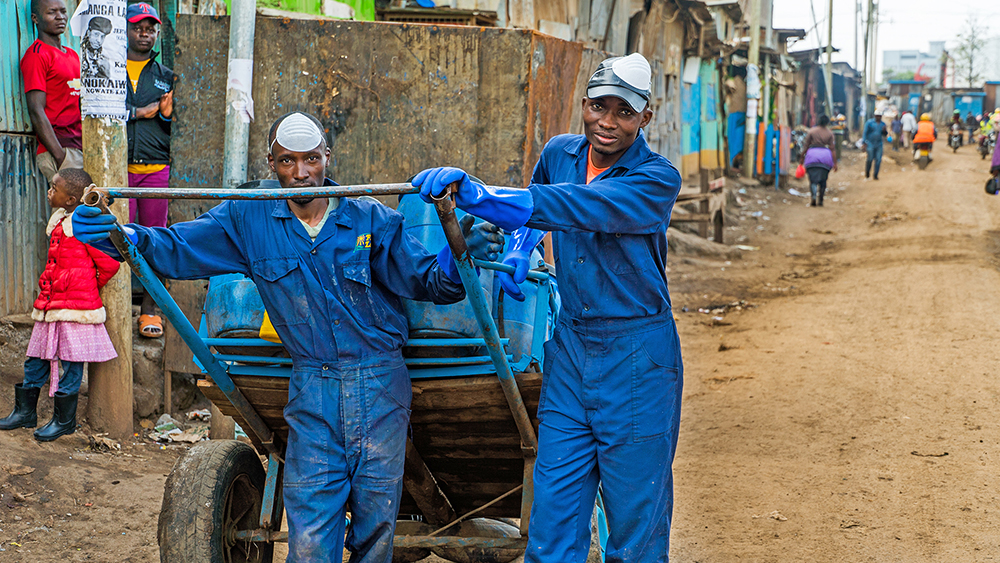 Contaminated water and food help transmit diseases like diarrhoea, cholera, dysentery and typhoid and many developing countries and emerging economies are facing the major challenge of improving their waste management systems. Installing and operating sewage and wastewater treatment plants is expensive and in Kenya alone, complete sanitation coverage could take 150 years.

Offering a solution Sanergy claim provides non-sewered sanitation 5 times cheaper than sewers, they are stepping in to bridge the gap between sanitation and waste management by taking aim at the entire value chain. Operating 3000 active Fresh Life toilets in informal settlements serving over 120,000 community residents per day, Sanergy is turning informal settlement residents into micro-entrepreneurs who run their daily business operations as franchisees.

Before Sanergy launched our first toilet in 2011, a lot of the city dwellers, especially those living in informal settlements and those living in urban non-sewered areas never really had access to a decent toilet.

Using a circular economy model to convert human and organic waste into organic fertilizer and insect-derived feed, Sanergy collects waste daily from the toilets and delivers it to a processing facility where black soldier flies larvae consume the organic waste, removing pathogens and converting it into protein-rich animal feed. Small- scale farmers using the organic fertilizer derived from human waste have reported a 30% increase in crop yields.

With a goal to have the largest organic recycling plant in East Africa by 2020 and plans to expand, Sanergy is on its way to fulfilling its vision of building healthy, prosperous communities by making hygienic sanitation affordable and accessible in Africa and transforming circular economy in Africa.

Produced, scripted, filmed and edited by Natalie and Mikkel Becker-Aakervik from Thought Leader Global Media in collaboration with Finnfund and Turkish Airlines.