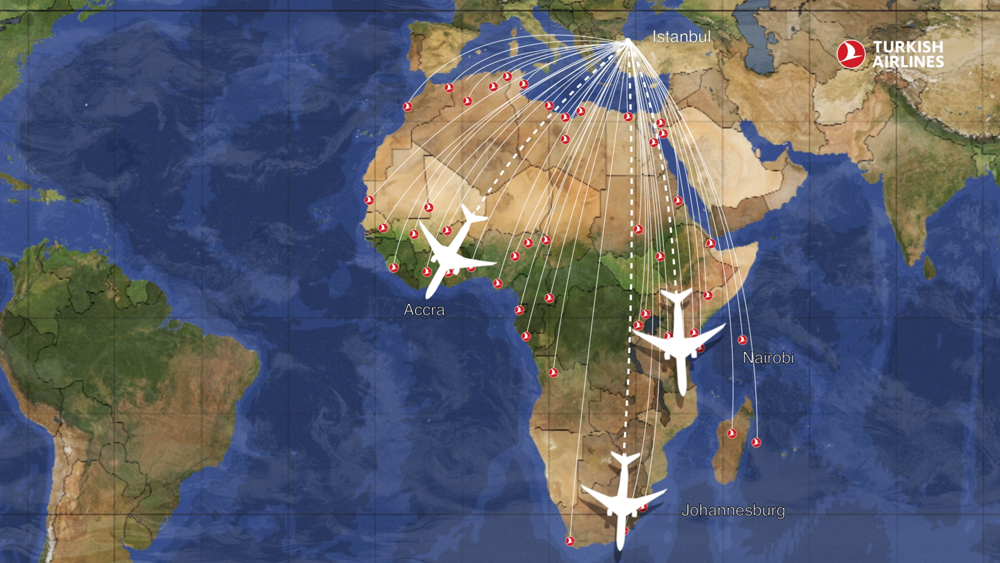 The airline flying to the most destinations in Africa

The filmmakers travel with Turkish Airlines across Africa creating stories, highlighting positive development around Nordic and African collaborations both within business and leisure.

Turkish airlines flies to more countries than any other airline in the world, and also flies to more destinations non-stop from a single airport.

Founded in 1933 with a modest fleet of 5 planes, Turkish Airlines has today become a Star Alliance member airline with a large fleet of 328 airplanes.

As of August 2019, Turkish Airlines operates scheduled services to 126 countries and 315 destinations in Europe, Asia, Africa, and the Americas. This makes them the largest mainline carrier in the world by number of passenger destinations. With an operational fleet of 24 cargo aircraft, the airline’s cargo division serves 82 destinations.