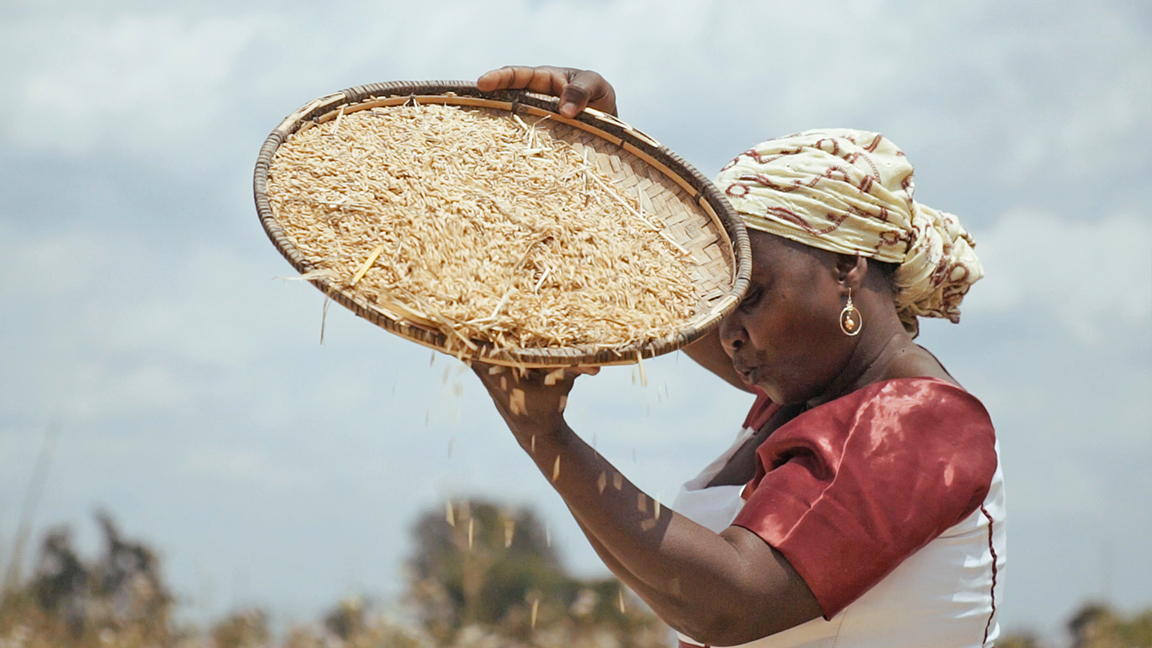 Women in the Tanzanian rice sector

Tanzania produces 70% of the rice in the East African community but Tanzanian farmers say they cannot access this cross-border market where $500 Million is spent annually importing rice from extra-regional sources.

Added to this, farmers assert that traders have traditionally set prices with much of the rice and profits going to middle- men.

Rice is the second most important staple food in Tanzania with 18% of the farming households involved in rice farming, many of whom are women.

Women in general are the ones who do most of the work at the farm. We ensure that the women are also taking role in the group leadership so they can get empowered

Developing the rice sector in Tanzania to become more sustainable and more viable is essential to developing rural areas and empowering these farmers.

Empowering women in the agricultural sector means they have more financial independence and are able to better provide for their families and pay for the education for their children.

Norges Vel, a Norwegian non-profit and non-governmental member organization that provides technical and financial assistance to entrepreneurs, smallholder farmers and farmers’ organizations, has been present in Tanzania since 2007 and together with RUDI, the Rural Urban Development Organisation and  the Rice Council of Tanzania, launched the ‘Commercialisation of Rice Farming in Tanzania’ or  COMRICE project in the Kilombero and Mbarali districts of Tanzania, with the aim of improving the rice value chain and to increase income and food security.

Through training and organisation, farmers are changing their focus from being receivers of cooperation to being businesspeople, moving from being farmers’ groups becoming farmers’ companies, giving them more power in price negotiations.

While women have traditionally excluded from the decision- making processes, they are now owning their own farms and in charge of their own produce and efforts are being made by COMRICE to include and empower women to take leadership roles in the farming community.