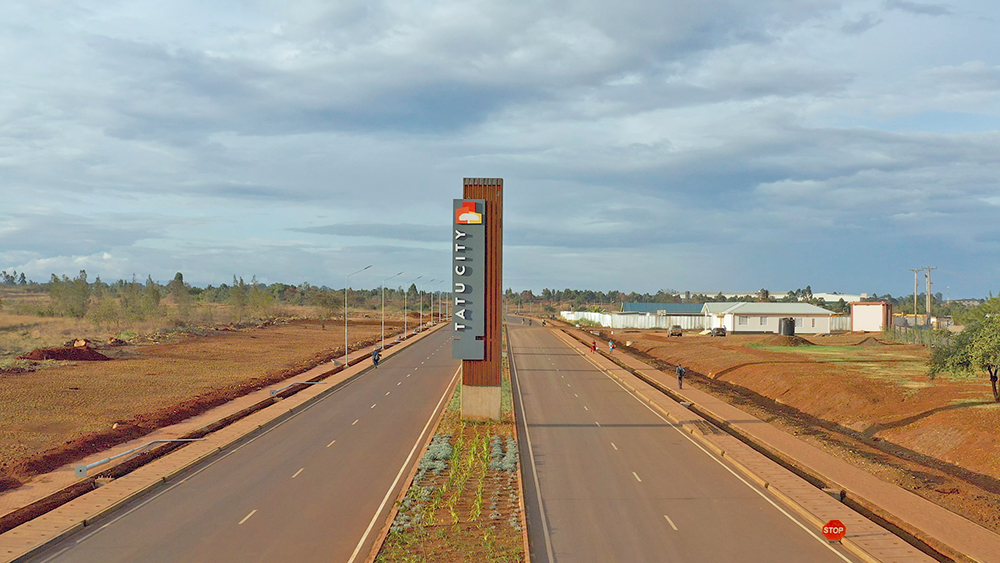 30% of Tatu City is going to remain green, and these are spaces designated for green not just now but in the future.

Africa is the world’s most rapidly urbanising continent at around 3.5 % per year over the last two decades. The United Nations predicts the world’s 10 fastest-growing cities will be in Africa over the next 15 years and by 2050 more than 70% of the global South is going to be living in cities than in rural areas.

mind the gap
Fast-growing cities are seen as the world’s ‘engines of growth’ and present opportunities but also challenges. Infrastructure development has not kept up with this growth or the needs of a rapidly developing continent. Infrastructure in urban areas are strained, resulting in heavy congestion and a lack of access to electricity, sanitation and basic amenities.

Smart cities or integrated live-work-play urban environments are emerging across the continent looking to fill the gap. Addressing issues of urbanisation and economic development and built upon smart, sustainable energy infrastructure, some believe this could forecast a leapfrog to Africa’s ‘third revolution’.

Technology is playing a leading role in building these cities that can cope with growing numbers of inhabitants and a growing middle class. Private investment is key and some examples of these smart cities include Eko Atlantic in Nigeria, Tatu City in Kenya and Vision City in Rwanda and Appolonia City in Ghana.

Smart and sustainable
In the context of global warming, Africa’s urban areas are likely to suffer disproportionately from climate change, warming up 1.5 times faster than the global average. Sustainable solutions and climate smart technology are critical for the long term resilience of these cities.

Solar electricity generated from Tatu City rooftops provides constant power to residences and industries at a concessionary rate. And connecting residents to water and power through smart meters simplify day-to-day operations and allow smarter decisions about consumption and reducing wastage. A commitment to keeping 30 % of Tatu City green sees the thriving birdlife and trees, some of which are over 300 years old, being integrated into daily life in the city.

Produced, scripted, filmed and edited by Natalie and Mikkel Becker-Aakervik from Thought Leader Global Media in collaboration with Tatu City, Rendeavour. Thank you to Turkish Airlines.