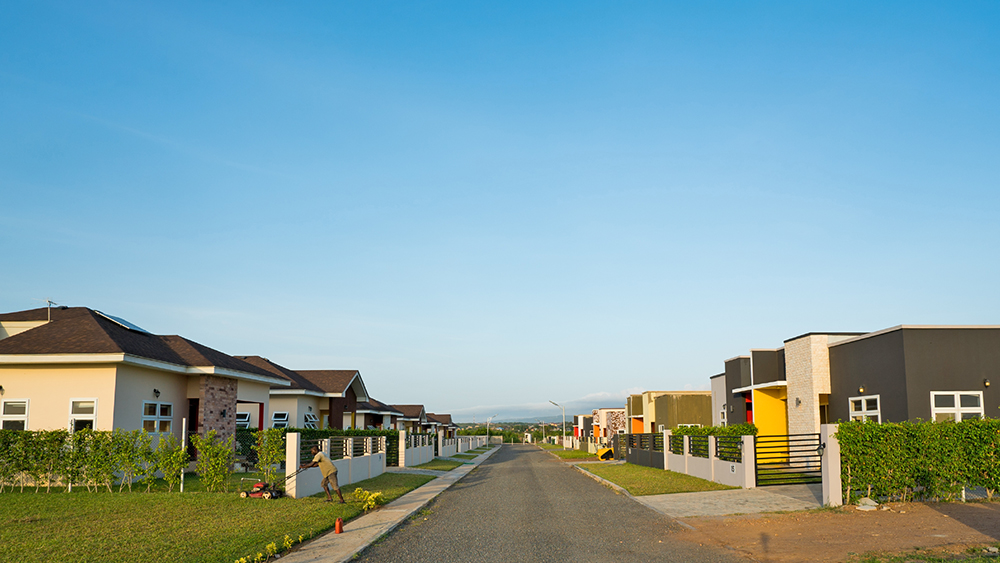 Government and private sector recognise the need for decongesting the congested urban conurbations that have existed since independence in many cases.

In the 20th and 21st centuries people have steadily moved from rural to urban areas in search of work and better living standards. In 1950, 746 million people lived in urban areas, estimated to rise to over 6 billion by 2046.

Africa is home to the world’s youngest and fastest-growing population and according to UN recent UN forecasts, estimated to double in number from 1.1 billion to nearly 2.4 billion inhabitants by 2050, with more than 80% of the increase occurring in cities.

The resulting rapid urbanisation has strained infrastructure in cities and  development has lagged behind, resulting in 60% of city dwellers living in slums, with only 25 % of people having access to safe drinking water.

To have planned well structured areas and housing where you add schools, you add the infrastructure, you have adequate water and waste management, that’s absolutely critical.

The scale of the challenge is daunting. A new mindset is urgently required to tackle the urban infrastructure gap in African cities and its incumbent challenges.

Civil infrastructure needs to disrupt the urban congestion, creating living and working spaces, communities, schools and hospitals if citizens are to live with dignity in urban centres.

And there is a need to build sustainable cities in Africa to meet the aspirations of Africa’s burgeoning middle classes, and serve as a catalyst for further urban development.

Appolonia City is the largest private affordable housing scheme in Ghana, located 20km east of Accra, between the towns of Oyibi and Afienya in Greater Accra and covering thousand three hundred and twenty five acres.

An investment of over $250 million in infrastructure, including roads, water, sewerage and power, the City of Lights retains 25% of its land for public open spaces and conservation areas while solar energy supplements it’s grid.  In 2019, the city was named the “Best Mixed-use Development in Africa” at the Africa Property Investment Summit

We have a very significant focus on environmental protection, to ensure that the projects are sustainable and to make sure that the impact of the project is positive for the community.

A blended development where people can live and work and children can attend school, the infrastructure from Appolonia City gets extended to surrounding communities, most of whom have been there for decades, upgrading their healthcare and educational facilities and creating jobs.

MainOne, a leading provider of telecom and network solutions to West Africa, in 2019 selected Appolonia City for a new data centre in Ghana.  This partnership with MainOne subsidiary MDXi and Apollonia Industrial Park, the city’s 200-acre warehousing, logistics and light industrial zone, brings with it a scalable ICT infrastructure to support digitally empowered homes and businesses at Appolonia City.

We honestly believe that we’re making a change in Africa, which is why we are here to stay for the long- haul.

Produced, scripted, filmed and edited by Natalie and Mikkel Becker-Aakervik from Thought Leader Global Media in collaboration with Rendeavour, Appolonia City. Thank you to Turkish Airlines.