UNCONDITIONAL: A story about solidarity with South Africa 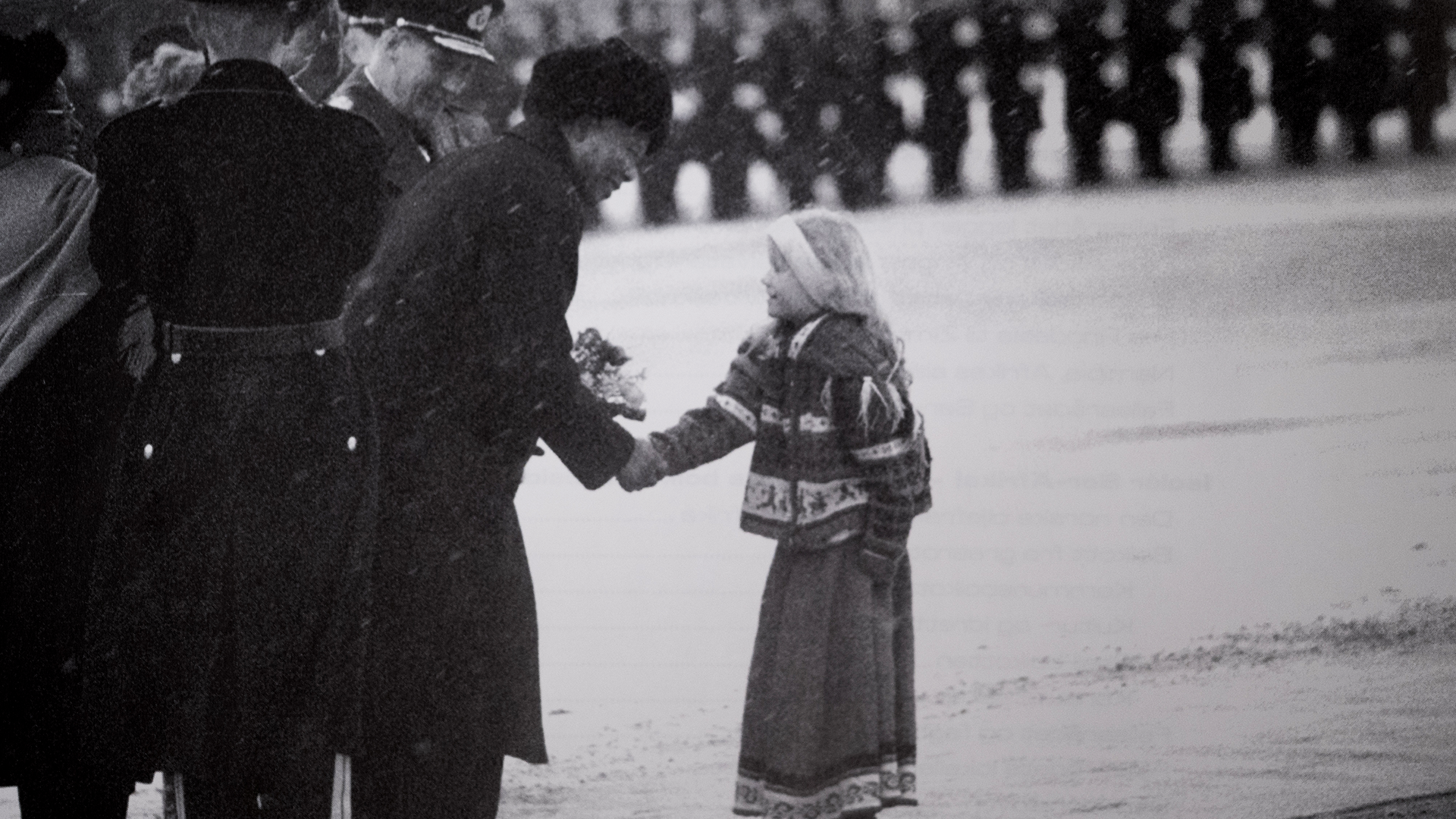 The global movement to liberate South Africa from apartheid

The international movement of solidarity with South Africa during their struggle for freedom was arguably the biggest social movement the world has seen. Besides individual countries, a range of regional and international organisations added their voices to the struggles against apartheid, with liberation movements extending to the broader Southern Africa.

Colonized by the English and Dutch 17th century

South Africa was colonized by the English and Dutch in the 17th century. The discovery of diamonds around 1900 resulted in an English invasion sparking the Boer War. Following independence from England, the Afrikaner National Party gained a strong majority in the 1940’s.

The National Party invented apartheid to cement control over the economic and social system. Their plan of ‘Grand Apartheid ’ was executed  in the 1960’s to maintain white domination and extend racial separation, emphasizing territorial separation and police repression.

Racial discrimination was institutionalised in 1948 with the enactment of apartheid laws. Marriage between ‘non-whites’ and ‘whites’ was prohibited and ‘white-only’ jobs sanctioned.

The 1950 Population Registration Act required all South Africans to be racially classified into so-called ‘white’, ‘black’ or ‘coloured’ (of mixed descent including Indians and Asians) with classification based on appearance, social acceptance and descent. People classified as ‘black’ were required to carry ‘pass books’ containing fingerprints, photos and information on access to ‘non-black’ areas. Non-compliance was met with harsh punishment and brutality.

The 1951 Bantu Authorities Act established a basis for ethnic government in African reserves or ‘homelands’ which were independent states to which people classified as ‘black’ Africans were assigned, receiving political rights, including voting in the homelands. They lost their South African citizenship and any right of involvement with its Parliament. From 1976 to 1981, four of these homelands were created, denationalising nine million South Africans, who then needed passports to enter South Africa, their own country.

The 1953 Public Safety Act and the Criminal Law Amendment Act declared states of emergency and penalties for protesting against the law, including fines, imprisonment and whippings.

In 1957, a Declaration of Conscience was issued by more than 100 leaders from every continent, appealing to South Africa to bring its policies in line with the Universal Declaration of Human Rights adopted by the General Assembly of the United Nations. This started mobilising world sentiment to those in South Africa who acted for equality.

During March 1960, Sharpeville occurred. The South African police just shot a whole lot of people and killed them, sixty nine people. And so the world realised that the warning we were given internationally was something that was a big threat.

In 1960, a large group of people in Sharpeville refused to carry their passes and the government declared a state of emergency lasting 156 days, leaving 69 people dead and 187 wounded.

Chief Albert Luthuli arrived in Norway December 1961 to receive the Nobel Peace Prize awarded to him in 1960, drawing the world’s attention to apartheid South Africa, while the Afro-Scandinavian Youth Congress in August 1962 drew 225 participants from Africa and the Nordic countries.

By July 1962, King and Chief Luthuli issued the ‘Appeal For Action Against Apartheid’ calling for world support of economic sanctions, trade boycotts and “an effective international quarantine of apartheid” until South Africa aligned its policies to the UN Declaration of Human Rights.

Shortly after the Sharpeville massacre, the African National Congress abandoned its adherence to nonviolence and created an armed wing. Martin Luther King believed that the only nonviolent solution to apartheid was an international economic and political boycott of South Africa, and called on governments to demonstrate the “international potential of nonviolence” through economic sanctions (King, “Let My People Go,” December 1965).

The Anti-Apartheid Movement (AAM) began as the Boycott Movement in the UK, set up in 1959, invoking Chief Luthuli’s appeal for an international boycott of South African products. For 35 years, hundreds of thousands of people showed their opposition to apartheid by refusing to buy goods from South Africa and by 1986, an estimated 15 million Britons had joined the movement.

The AAM’s most well-known campaign was arguably in the 1970’s with ‘Free Nelson Mandela’, with the then-imprisoned Nelson Mandela becoming the face of a global campaign against apartheid.

There were people here who were really good sportspersons but couldn’t compete internationally just because they’re black.

Sports and cultural boycotts were particularly impactful. The International Olympic Committee (IOC) withdrew its invitation to South Africa to the 1964 Summer Olympics when interior minister Jan de Klerk insisted the team would not be racially integrated, and in 1970 formally expelled the country. In 1988, the IOC adopt a declaration against “apartheid in sport” for the total isolation of apartheid sport.

An anti-apartheid sit-down demonstration took place on the Madserud Gård Tennis Court during the Davis Cup match against South Africa in Oslo in May 1964. South Africa was excluded from the first two Rugby World Cups, and suspended from FIFA in 1963. Professional surfers from around the world called to boycott South African events on the world tour in the 1980s.

The Rolling Stones broke off negotiations for a South African tour and the Beatles announced their opposition to apartheid. Jerry Dammers, who formed the Specials in 1977, helped start Artists Against Apartheid in the UK to enforce the cultural boycott. His international hit, Free Nelson Mandela, raised awareness of Nelson Mandela and political prisoners in South Africa.

The peoples in the North and the South established strong bonds in pursuit of common ideals.

Nordic support to the Southern African liberation movements started in 1969, with the Swedish parliament, based on resolutions by the UN General Assembly, and with late Swedish Prime Minister Olaf Palme speaking out against apartheid and global injustice.

Between 1969 and 1994, the Nordic governments granted around 1.5 billion US Dollars as official humanitarian assistance to Southern Africa, with 600 million (40%) as direct support to the liberation movements. In several cases, the Nordic contributions represented over half of their non-military expenditure. The Danish government assisted the liberation movements via established NGOs, while Finland and Norway followed Sweden and extended direct support.

They never questioned us about how we should operate as trade unions in this country. They just implicitly believed that we were genuine trade unionists who were caught in a fierce contestation with an apartheid regime that was brutal in its repression against us, that many trade unionists were being killed, many were detained, may of our buildings were being bombed and there was unquestioning loyalty to our cause for freedom, solidarity in those days meant something.

In Norway, South Africa remains a powerful example of a country that underwent against many odds, a peaceful transformation. In the context of the global solidarity movement to liberate South Africa from the brutal grip of the apartheid regime and amidst mounting international pressure to impose sanctions on the apartheid government, this small but larger than life nation was playing a dedicated part, moving from the grassroots.

We created the idea that nobody can do everything but everyone can do something, protesting in your local supermarket, handing out leaflets, encouraging people not to buy these products, writing letters to the companies, asking them to withdraw the South African products and so on.

There was strong support from the Norwegian church and the labour movements while Norwegian solidarity movements mobilised thousands of activists, and forty-five nationwide organisations disseminated information, monitored trade with the apartheid regime, arranged consumer, cultural and sports boycotts, tirelessly pushing for the Norwegian government to change foreign policy and impose an embargo on the Norwegian shipping of oil to South Africa.

The struggles for majority rule and national independence in Angola, Mozambique, Namibia, Zimbabwe and South Africa eventually led to liberation, with MPLA FRELIMO, SWAPO, ZANU and ZAPU and the ANC leading their countries.

The end of Apartheid

Apartheid’s dismantling began in the 1990’s when South African President F. W. de Klerk legalised formerly banned political parties and released political prisoners. After 27 years of efforts, in 1994 a new constitution was written, free democratic elections were conducted and the ANC came to power with Nelson Mandela as president in the country’s first fair and  open elections.

I look at the South African anti-apartheid movement and transition as the most successful democratic transition of our times and the people did that. So if that is possible by building a civil society movement, trade unions, churches, students, councils for anti-apartheid activists abroad etc, then everything is possible.

UNCONDITIONAL is a story of solidarity, of transformation, of acknowledging our common humanity. Would that kind of unconditional solidarity be possible today, where the upholding of the underlying principles of that solidarity are much needed to navigate the blurred lines and murky waters of global power and politics? What role can a solidarity movement play today?

This is a trailer for the one hour documentary currently licensed for 3 years on Norwegian national broadcaster NRK, only available in Norway.

For interest in the full film being showcased in other markets, please contact thought Leader Global.