The role of South African dance music during apartheid 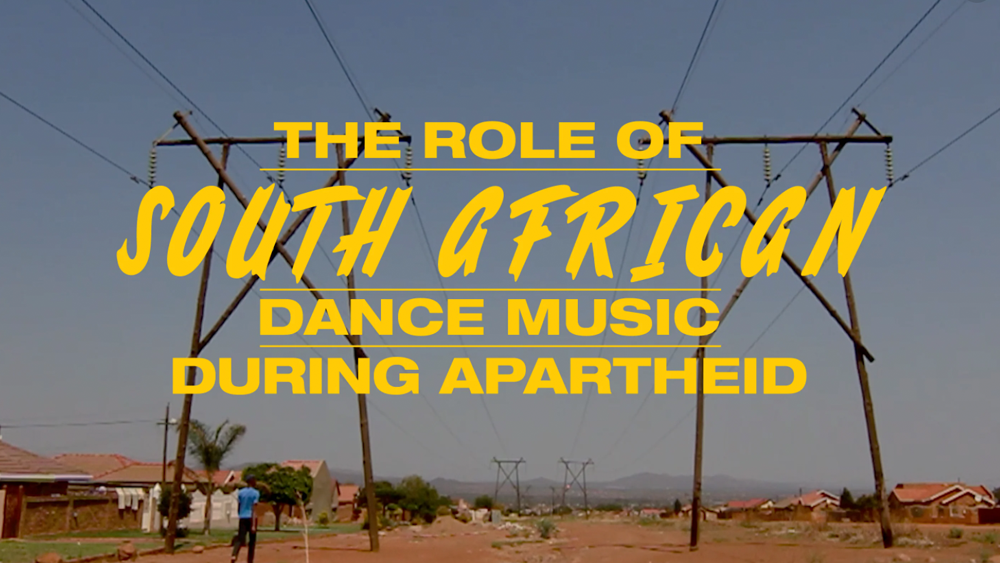 How the optimistic sounds of bubblegum, Afrosynth and kwaito helped inspire resistance to repression.

Bubblegum, Afro-synth and Kwaito in the fight against repression.
Intro Africa takes a look into the role of South African dance music during apartheid.

‘The 1980’s were turbulent times for South Africa but also one of the most fertile periods in its musical history.’

During apartheid, the state relied on the government‐run SABC (South African Broadcasting Corporation) radio service to promote the ideology of ‘separate development.’ For more than twenty years, the apartheid government targetted the entire population, black and white, each with access to listen to their own radio service, in their own language, stressing the separateness of their cultural heritage, programmed in accordance with state ideology.(Hamm 1991: 169).

Clarence Ford, who worked as a radio broadcaster during the apartheid years, is quoted as saying:  “SABC was state‐run, it was really the voice of the government. Radio was a very powerful tool. It was manipulated, very seriously, to assist with the social engineering process in apartheid South Africa” (Freedom Sounds 2004).

The primary and more pervasive political and cultural impact of this radio music was in the language and musical styles chosen, stressing the separateness and incompatibility of different South African cultures.(Hamm 1991: 172)

‘Music was becoming a cultural battleground and BubbleGum was used as a Trojan horse to get coded statements circling round the ears of the young fans, and Bubblegum had a different message, that better days were just around the corner.’

As electronic pop swept the globe in the 1980s, dance music or bubblegum, allowed musicians to challenge apartheid’s dominion.

‘Bubblegum was no typical protest music, the most popular sound of the day was homegrown, colorful and had a multi-racial appeal, a slap in the face to aparthied’s creed to separate development.’

Under apartheid’s repression, musicians found their voice and used their music to transmit messages of solidarity with the imprisoned Nelson Mandela. But by the 1990’s, as apartheid was ending, so was bubblegum. The film asks the questions: How did this vibrant music disappear for decades? And how did it eventually find its way back into DJs’ hands?