Soul Makossa Is The Most Sampled African Track Of All Time! 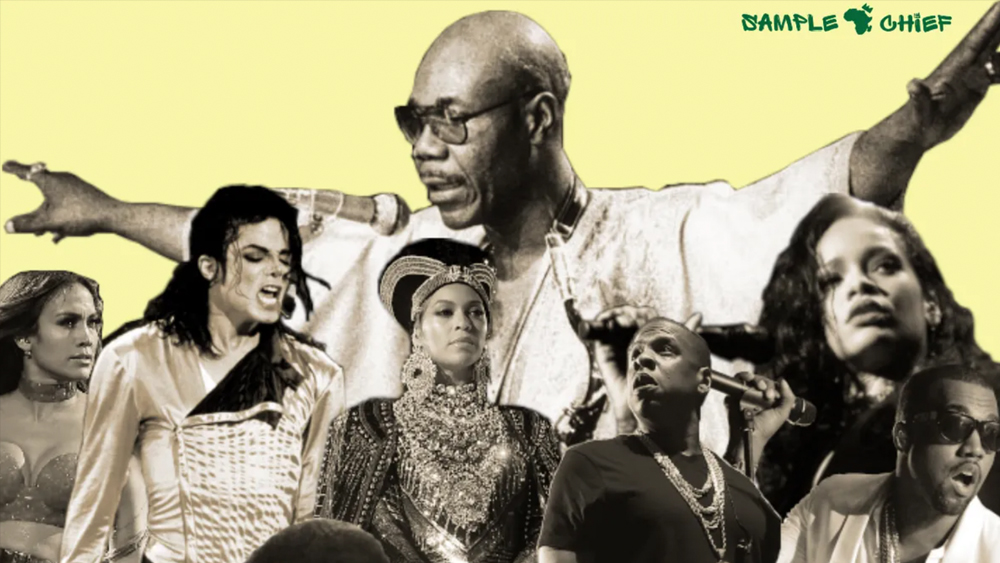 Manu Dibango's ‘Soul Makossa’ was one of the first songs by an African to gain global popularity.

Manu Dibango, Cameroonian saxophonist, songwriter, and pioneer of Afro-funk music, passed away on March 24th, from COVID-19. He was 86 years old, and died in Paris. His track Soul Makossa is the Most sampled African Track of all time!

When you’re a musician you don’t say to yourself when you get up in the morning, ‘I make African music.’ You say, ‘I want to make music.’ And that’s that.

Manu Dibango at the United Nations, 1991.

Over the span of his over 6 decades- long career, he released 44 albums and continued to influence many genres, including the 1950s rumba scene that formed the foundation for modern African music, forming the soundtrack to an optimistic era of newly independent African states.

His epic 1972 release “Soul Makossa,”  meaning “I will dance” in the native Cameroonian dialect of Douala in which it was written, was one of the first songs by an African to gain global popularity and was believed by some to be the first disco record.

‘Pappy Grove’ as he was also known,  influenced innumerable artists including Herbie Hancock and Kool and the Gang, hip-hop in the 1990s, with the famous “ma-ma-se, ma-ma-sa, ma-ma-ko-sa”  refrain sampled for Michael Jackson’s “Wanna Be Startin’ Somethin’” for his 1982 Thriller album and Rihanna’s “Don’t Stop the Music” in 2007.

Hip-hop was not immune and Tribe Called Quest, Kanye West and Jay-Z coud not resist sampling  Soul Makossa and other Manu Dibango tracks.

Originally recorded as the B-side for a song celebrating Cameroon’s hosting of the Africa Cup of Nations and the national team’s accession to the quarterfinals, the lyrics were written by Cameroonian poet and musicologist S.M. Eno Belinga, followed in in 2011 with a second version of the song titled “Soul Makossa 2.0” was recorded in France by Manu Dibango and Wayne Beckford as the first single from Dibango’s album, Past Present Future.

Manu Dibango not only irrevocably and undeniably contributed to the development of modern music and in bringing African and Cameroonian music to the world’s attention, he also saw music as a force for social change and promoted humanitarian causes throughout Africa. His powerful merging of cultures through music is testament to his dedication to his art and his legacy lives on in his music which continues to be played and to inspire.