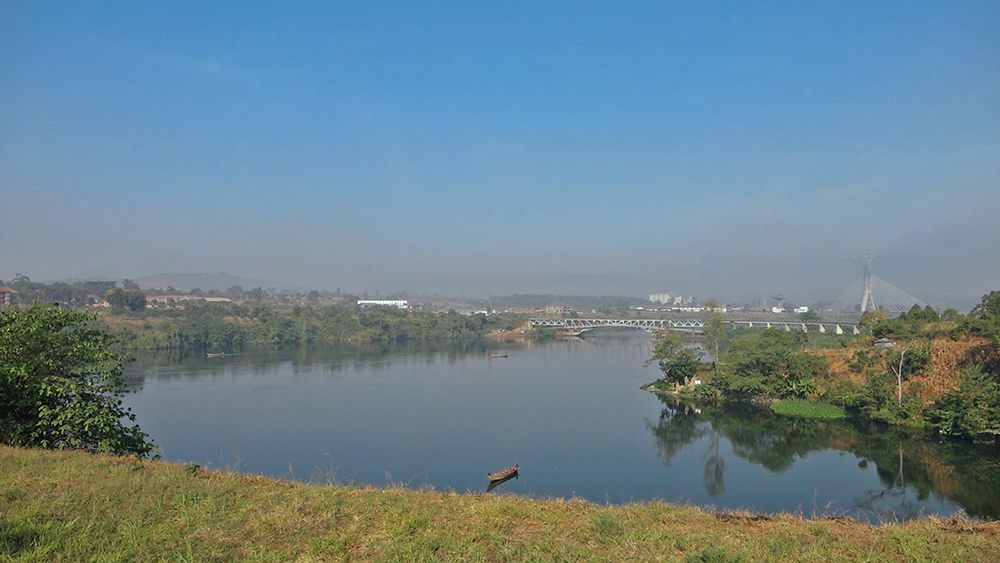 Let’s empower Africa by doing business, we should now transform from concentrating on aid to business, so it will be sustainable.

Uganda sits astride the equator within East African in Sub-Saharan Africa.

Bordered by Sudan in the north, Kenya in the east, the United Republic of Tanzania in the south, Rwanda in the southwest and the Democratic Republic of Congo in the west, Uganda is a strategic regional base for trade and investment.

Its substantial natural resources include fertile agricultural lands, oil, copper, cobalt, gold and coffee which accounts for most of its export revenues.

Uganda has achieved remarkable results in reducing poverty over the past decades, mainly driven by the agriculture sector, which employs more than two-thirds of its workforce.

The growing economy has been matched by rapidly expanding foreign direct investment which is the third highest in the region.

With the majority of businesses concentrated in the informal sector, the private sector is underdeveloped but with considerable potential for growth.

With a population of 45 million expected to reach 100 million by 2050, Uganda is currently the largest refugee-hosting country in Africa, and the third largest worldwide, hosting 1.4 million refugees. Its progressive open door policy affords refugees access to social services, land, free movement and work.

A continued influx of vulnerable people is seeing a strain in host communities and service delivery. In part, to this end, The World Bank in April 2020 agreed to $148.2 million financing to enable Uganda to improve sustainable management of forests and protected areas and increase benefits to forest-dependent communities, including refugees and their host communities, in the Albertine Region and refugee-hosting areas in Northern Uganda.

The first thing you will notice in this wonderful country is that you have the greenery. We have an ideal climate for agriculture, land is available here and I’m talking of very fertile land.

This landscape is also central to Uganda’s tourism industry, a major contributor to Uganda’s economy, its natural capital contributing almost 40 percent to overall wealth in 2014. With forests and wetlands under threat, the project is timely for providing vital assistance to communities that depend on forests to withstand climate shocks and a tourism industry impacted by COVID-19.

The project will finance management and protection infrastructure in collaboration with local communities for 7 National Parks, 4 Wildlife Reserves and 28 forest reserves, develop key tourism infrastructure and can enable plantation forestry to become a strong and self-sustaining economic sector.

The government aims to transform Uganda into an upper-middle-income country by 2040. Poverty has been reduced from 52% of the population living on less than $1 a day in 1992 to 20% currently but almost three quarters of young people are still joining the workforce on farms.

Uganda’s economic growth has not been fast enough to create enough jobs with higher earnings for one of the world’s fastest growing workforces.

Uganda’s economic freedom is ranked at 102nd freest lobally in the 2020 Index and 10th among 47 countries in the Sub-Saharan Africa region. To reach Uganda’s 2040 goal, would also require expanded economic freedom to attract investment and addressing institutional capacity.

Uganda has put in place a very good environment to do business, especially for foreigners. First of all you can have 100% foreign-owned company, there is no restriction on repatriation of capital.

Uganda’s business operating environment allows 100% foreign ownership of private investments and a free movement of capital to and from the country. Importation of most capital equipment is free of VAT and import duty and there is  repatriation of profits after mandatory taxes have been paid. The incentive regime is structurally embedded in the country’s tax laws and accessible to both domestic and foreign investment.

Uganda is the second largest impact investing market in East Africa after Kenya, and the market is expected to grow and present more opportunities for social change through sustainable social enterprises.

Enterprises are still challenged with high infrastructure costs, lack of financing and limited access to skilled workers, particularly middle management employees. In response, the Ugandan government is encouraging private investment as an engine of growth.

Worth mentioning is Jinja, established in 1907 Jinja became the most industrialized place in Uganda, and the second busiest commercial centre in the country, after Kampala, Uganda’s capital and largest city.  The hydro electric power dam located at Owen Falls, Jinja enabled the Ugandans to develop their own industry. Famous as the historic source of the Nile River, Jinja is also known as the adrenaline capital of East Africa when it comes to water sports white water rafting, kayaking, bungee jumping, jet boating, body surfing and paddle boarding.