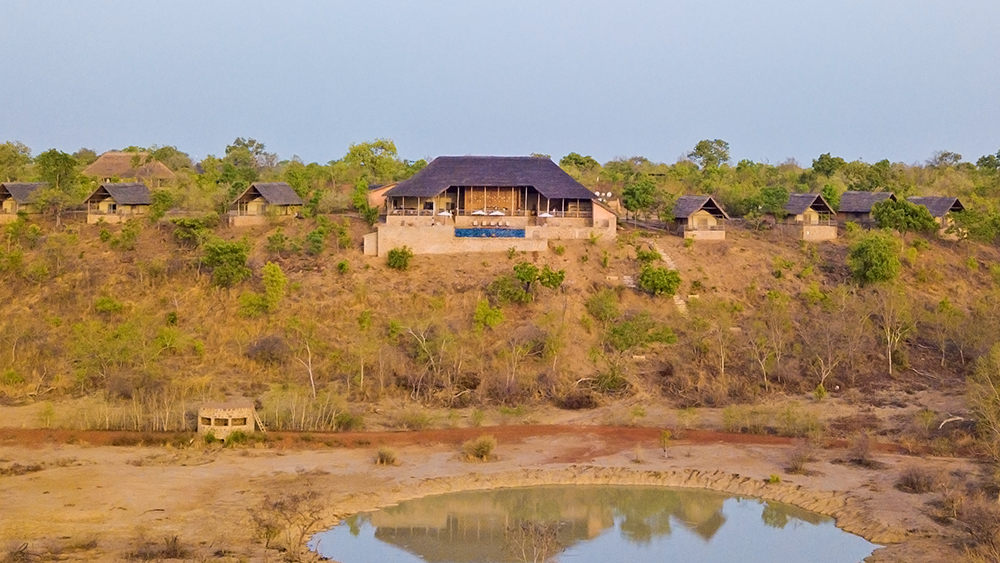 Mole National Park is the largest national park and wildlife refuge in Ghana.

The first national park established in Ghana, it covers over 4577km². The park is located in the newly established Savannah Region of Ghana, which broke off from the Northern region in 2018.

The Lovi and Mole Rivers flow through the park during the July to November wet season while the dry season December through April leaves behind only drinking holes, amidst the park’s grasslands, baobabs and acacias.

When we had independence in 1957, the first president decided why we should have wildlife and kill or destroy them, we should rather make it a conservation area, so this is how it started.

The park’s lands were set aside as a wildlife refuge in 1958 and in 1971 its people relocated and lands designated a national park.

The only place in Ghana you can experience elephants in the wild, Mole National Park is home to bushbucks, monkeys, warthogs, baboons, hippos, buffalo and warthogs and has the widest range of wildlife in Ghana.

They’ve been doing walking safaris in this park for almost fifty years so what’s happened is the old bulls have become very comfortable with humans both on foot and in a vehicle and you can get much closer to elephants here than in any other park in Africa.

Important antelope species such kob, defassa waterbuck, roan, hartebeest, oribi, bushbuck, red duikers and yellow-backed duikers roam the park, and it’s easier to spot the Olive baboons, black-and-white colobus monkeys, green vervets or patas monkeys than it is to catch a sighting of its elusive hyenas, lions and leopards, who were once common in the park.

Mole National Park is a paradise for bird-lovers with its martial eagles, white-headed and palm-nut vultures, saddle-billed storks, herons, egrets, the Abyssinian rollers making up a few of its 344 listed bird species.

Zaina Lodge, West Africa’s first luxury safari lodge, is located within Mole National Park. A magnificent and imposing structure with elements from Southern Mali, Gennai architecture, the lodge itself is influenced by the Larabanga Mosque, one of the oldest mosques in West Africa.

Towering over miles of Savannah grasslands and designed so that guests should be able to sit anywhere in the building and see elephants and other animals at the water hole, Zaina Lodge was built around what was there and by people hired from the local community.

They’re trying to promote tourism in the Northern region and also to give jobs to the people around the local and the surrounding areas.

Driven by the ideas of community involvement in conservation and the ideas that nature needed to be valued to be taken seriously, the principles underpinning Zaina’s philosophy is that of creating sustainable rural businesses that can provide long term employment, as a path to development.

In all our chalets when you go inside you will find the soaps made from shea butter and all the lotions, everything comes from shea butter. It’s an important commodity here, as part of promoting the North.

Zaina itself is a community based program with 33 communities surrounding the park. You can canoe the Mole River in Mognori and meet the industrious ladies in the Larabanga community who produce luscious organic shea butter made locally from the Shea tree, providing one of the commercial businesses for the local women. Honey harvested by villagers from flowers in the Mole National Forest has become the region’s first fair trade commodity.

We the people of Ghana are beginning to understand tourism and the need to conserve.

Tourism in Ghana was traditionally a missed opportunity but today is being utilised as a source of revenue and Ghana is becoming known for promoting sustainable tourism.

Sustainability is core to Zaina and water from its solar-powered water system which is obtained from three boreholes, is treated so as to be able to serve it directly to guests and minimise plastic as much as possible.

Zaina Lodge has become an aspiration for Ghanians to visit, with local tourism making up at least 60 % of the guests.

We want people to take away what a special place Mole National Park is, what a gem it is for the entire country.