Welcome to Uganda the Pearl of Africa 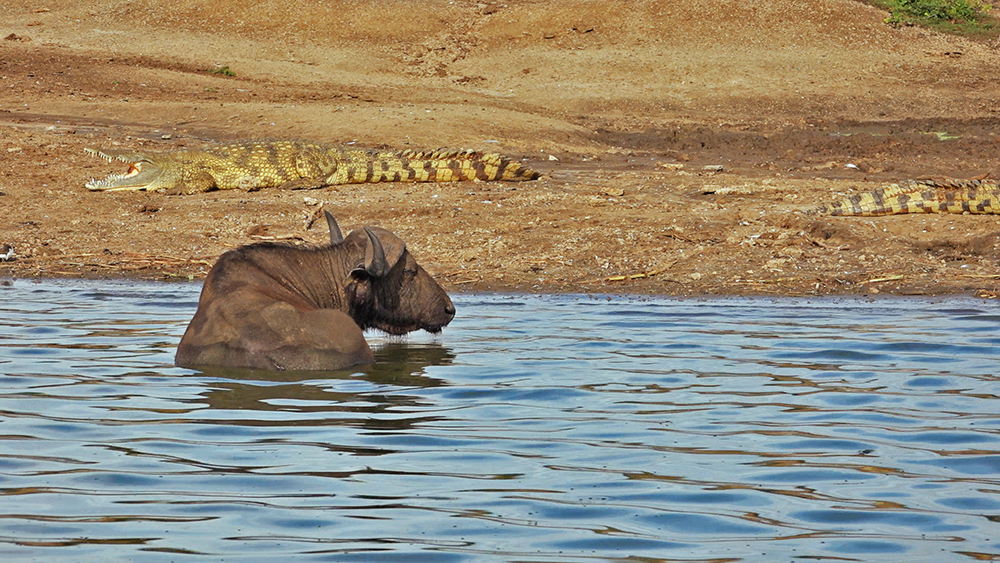 Source of the Nile

The source of the Nile is only found in one country, that country is Uganda and that is where River Nile starts its long journey through Uganda, through Sudan, through Egypt to the Mediterannean Sea.

Uganda is home to Africa’s tallest mountain range, the Rwenzoris, of which the highest peaks are permanently snow-capped, the source of the Nile, the world’s longest river and the continent’s largest freshwater lake, Lake Victoria.

Named ‘the Pearl of Africa’, Uganda has no less than 10 national parks, 12 Wildlife reserves, 5 Community Wildlife Management Areas and 13 Wildlife Sanctuaries, spanning savannah, waterways and vast forests. These are  home to amongst others, monkeys, butterflies, 13 types of primates which includes over half of the world’s endangered Mountain Gorillas, and the human’s closest relative, the chimpanzee. And you can find the Big Five here.

There are many ways to explore and sights to see in the parks including Queen Elizabeth’s tree-climbing lions, trekking up the Virunga Volcanoes; summiting the snow-capped Rwenzori Mountains and taking on Bwindi’s Impenetrable Forest.

Several birds which are not found anywhere else on the planet are found in Uganda, which has over 1,000 species.

The source of the Nile in Jinja is called East Africa’s ‘adrenaline hotspot’ so named for its popular kayaking, white water rafting and bungee jumping.

Uganda’s tourism industry is a major contributor to its economy, its natural capital contributing almost 40 percent to overall wealth in 2014. The Ugandan government has set a target to attract 4 million tourists by 2020,  but its forests and wetlands are under threat. In part, to this end, the World Bank agreed in April 2020, to financing of $148.2 million to enable Uganda to improve sustainable management of forests and protected areas and increase benefits to forest-dependent communities, including refugees and their host communities, in the Albertine Region and refugee-hosting areas in Northern Uganda, landscapes central to Uganda’s tourism industry.

The project is timely for providing vital assistance to communities that depend on forests to withstand climate shocks and a tourism industry impacted by COVID-19.

Uganda is culturally diverse and although around 32 different languages are spoken, English is and Swahili are the official languages and Ganda is also used.

Filmed by Glefs Media. Produced, scripted and edited by Natalie and Mikkel Becker-Aakervik from Thought Leader Global Media in collaboration with Turkish Airlines.